the art of giving 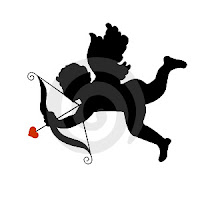 I’ve been giving money to bums lately. I suppose I’ve been asked by them a lot more. And I’ve actually had the cash on hand. I’ve been known to respond to bums “do you take debit?” when they ask – not to be cheeky – but because it was the truth. I physically can’t give what I don’t have. One thing I like doing is giving them a fiver. It’s more than they expect when they ask for change. The look of gratitude on their face alone is worth the transaction. I mean, expecially knowing that I would probably just spend it on a soy latte @ starbucks – which creates waste and screws with my adrenal glands – whatev’s. I’d rather help a bum.
Sure, there is a strong likelihood he’ll spend the money I give him on stuff that doesn’t serve his higher self – but I don’t live on the street – so I’m not going to judge the comforts someone seeks when they sleep on the ground and eat out of a dumpster. Neale Donald Walsh once said to open your heart to giving to those that ask…because it really is hard to ask. And he was a homeless alcoholic and he got his shit together and became way sucessful. It was the combination of his will and the donations of humans that facilitated this. Bums see life in a whole different way…and even though many of them are totally bombed on who-knows-what a good deal of the time, I can’t help but wonder how much more ‘connected’ they are at the same time. Their worries are exclusively based in the present moment.
My dad ‘happened’ upon a box of Australian Viognier mini bottles – it was an exciting day until we tasted it. Meh. Not our cup of tea. So the box of vino blanco sat in the garage for months, until a big spring clean day. I volunteered to take the box down to Whyte and leave it near a dumpster where the likelihood of it being ‘disposed of’ properly’ was high. Days later I stopped off for groceries, popped my trunk to grab my reusable bags and then (appropriately) noticed a bum hanging outside the super-marché selling his Voice magazine – which chronicles the plight of the homeless. I seized the opportunity, grabbed the heavy box from my truck and walked over to the man. “This might sound weird….but do you want a box of wine? My fam and I don’t like the taste – it’s yours if you want it”. Well “God bless you, child”, he sure did want the 24 bottles of classy, mind numbing goodness. Later after my shop I noticed him and his girlfriend pushing a shopping cart together – the box of wine its only contents – into the sunset. I imagined them having a romantic evening together, drinking wine and sharing stories – just like I do when I’m on a date.
It was a magical moment in my life – all brought to me through practicing the art of giving.