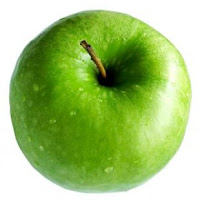 Like my dad, I’m a doodler, particularly when I’m on the phone. It’s a reflex. Phone to ear, pen in hand.  I remember seeing him on a phone as a child doodling away –  and the desk where he worked was covered in doodles. Clearly, this is what a successful business man does.
Often I’ll zone out and “just be” in a moment, only to look down and notice my thumbs a twiddlin’. My Baba twiddles while she “be’s”, whether it’s while she’s being driven somewhere, or observing the rest of the family in the midst of conversation. Or perhaps (like i am sometimes) she’s just bored. I never thought that she was entertaining herself. Clever lady!
My mother has an affinity for shoes which I too have adopted. I’ve never counted the number of pairs of shoes that I currently own, but I’m sure it’s close to triple digits, if not there already – and I’ve given many a pair away. A shoe for every occasion is a testament to our strong orientation towards details. Style maven’s, we are.
My grandma had a strong aversion to pills & hospitals due to her experience, of course, and not-so-strangley so do I. Grandma would insist that our headaches didn’t need ‘tylenol’ – that some fresh air and rest were better options – or better still – forget about it. I didn’t really clue in to the sageness that came with those words until recently. Oh to speak to her now that we’re on the same wavelength.  Even sweeter was how she questioned ‘conventional wisdom’ relentlessly, in preference to common sense or finding her own answer.
Finally, my grandpa has a resilient tenacity about him that mirrors in myself. The past 15 years of his life were likely the most tumultuous but possibily the most fulfilling. Instead of becoming a widower, he became a gold metal track & field star. Instead of ‘getting old’ he kept out-younging his friends and even tired me out on the dance floor! Watching him experience considerable & consistent pain, and come out dancing on top is obviously inspirational. And I’ve seen that in myself…going through boughts of pain & depression and refusing to be the Debby Downer that drags people down with them – that is my everlasting tribute to my grandfather. I’d much rather inspire and delight than host pity parties. Boring.